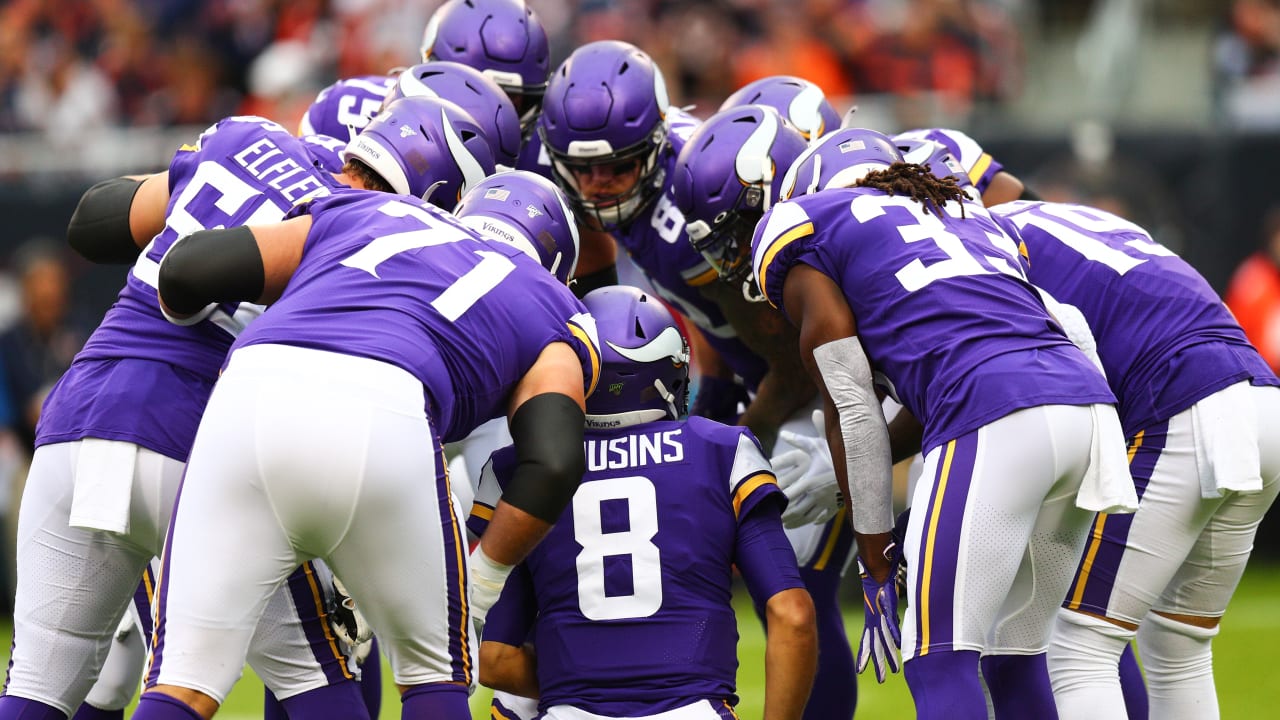 By a nub: Fresh in for Mitchell Trubisky, Daniel was able to barely get a first down on a QB sneak to the Minnesota 42. It was the second consecutive sneak by Daniel, who needed 1 yard total on both attempts. The turf where the Vikings defensive line planted on the fourth-down play gave out, leaving a gigantic divot that Eric Kendricks helped repair. Officials measured, and the ball made it past the chain by a nub.

Key conversion: The Bears were able to convert a fourth-and-3 from the Minnesota 38 with a 5-yard pass to Anthony Miller. The play occurred after Minnesota burned a timeout to avoid having 12 men on the field.

Chicago initially sent Pineiro and punter/holder Pat O’Donnell on the field, appearing like it would attempt a 56-yard field goal. After the Vikings timeout, the Bears decided to go for it and were able to burn the final 2:02 of the first half.

Takeaway right away: The Bears started their first possession of the second half in the red zone at the Minnesota 16 after forcing a fumble by Kirk Cousins during a sack of the quarterback on the first snap of the third quarter.

Big, then small: The drive started with a 37-yard pass from Daniel to Javon Wims, quickly moving from the Chicago 21 to the Minnesota 42. The Bears didn’t have a play gain more than 7 yards on the rest of the possession.

Firsts for Bisi: Rookie Bisi Johnson recorded the first two receptions of his career during the possession for gains of 9 and 16.