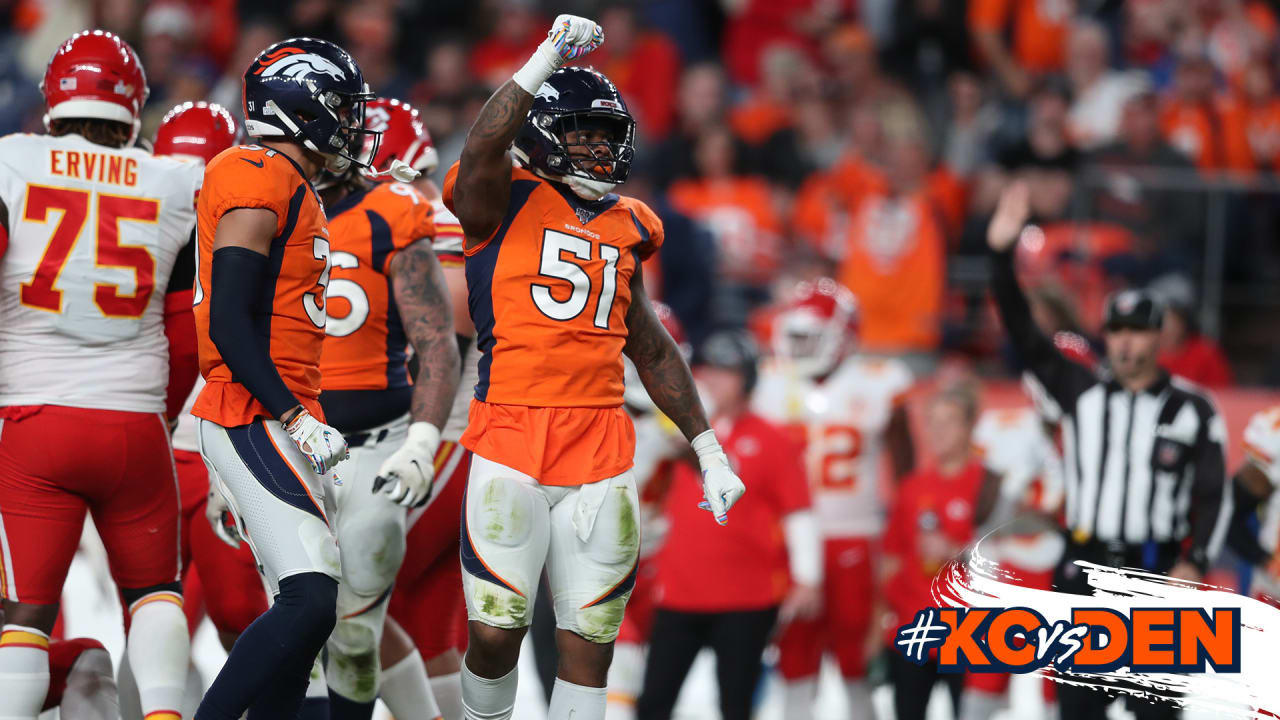 As a sixth-year player, linebacker Todd Davis was expected to a be an integral piece of Head Coach Vic Fangio’s new defense. As a multi-year starter in Denver, Davis had the skill set to make an impact in both the run and pass game. Then, Davis suffered a calf injury on the very first day of training camp. Davis eventually returned in Week 3 to anchor the defense, and he’s remained a vocal leader since that moment. After a recent practice, we caught up with Davis to hear about his return from injury, how he fits in Fangio’s defense, what he has left to prove and what he think can be found in Area 51.

Now that you’re healthy and back in the starting lineup, how do you feel you fit in Head Coach Vic Fangio’s defense?

Todd Davis: “I feel like I’ve fit pretty well. The longer I’m in it, the better I’ll feel, but so far I think I jell with it pretty well.”

What was it like to get back out there for the first time?

TD: “It felt good to get back out there. I definitely had to get my wind back and my mind focused on everything football. It felt good to be out there, I feel like I really prepared by watching film and getting ready for the week I came back. So it felt good.”

Does Vic’s history with inside linebackers help you realize what he can help you guys become?

TD: “Yeah, I think he’s had some great inside linebackers. That gives me a target to reach for and definitely shows me I can learn a lot from him.”

What’s the key to being a good run stopper?

As an undrafted player, what do you tell the other undrafted guys — Alexander Johnson and Josh Watson — in your position group?

TD: “Just work. Work your butt off. I feel like I have the ultimate story, coming from nothing and now I’m here starting in the NFL. Just continue to work while you’re not the starter, and whenever you get the opportunity, make the most of it.”

What’s left for you to prove in your career?

Moving away from football: You’ve called yourself “Area 51” on social media. How closely did you follow the proposed storming of the real Area 51?

TD: “I watched it a little bit. It kind of would’ve been a bad idea had they stormed Area 51. I don’t think it would’ve ended too well.”

What do you think is in there?

Do you think there’s life out there?

Tags: davis he what