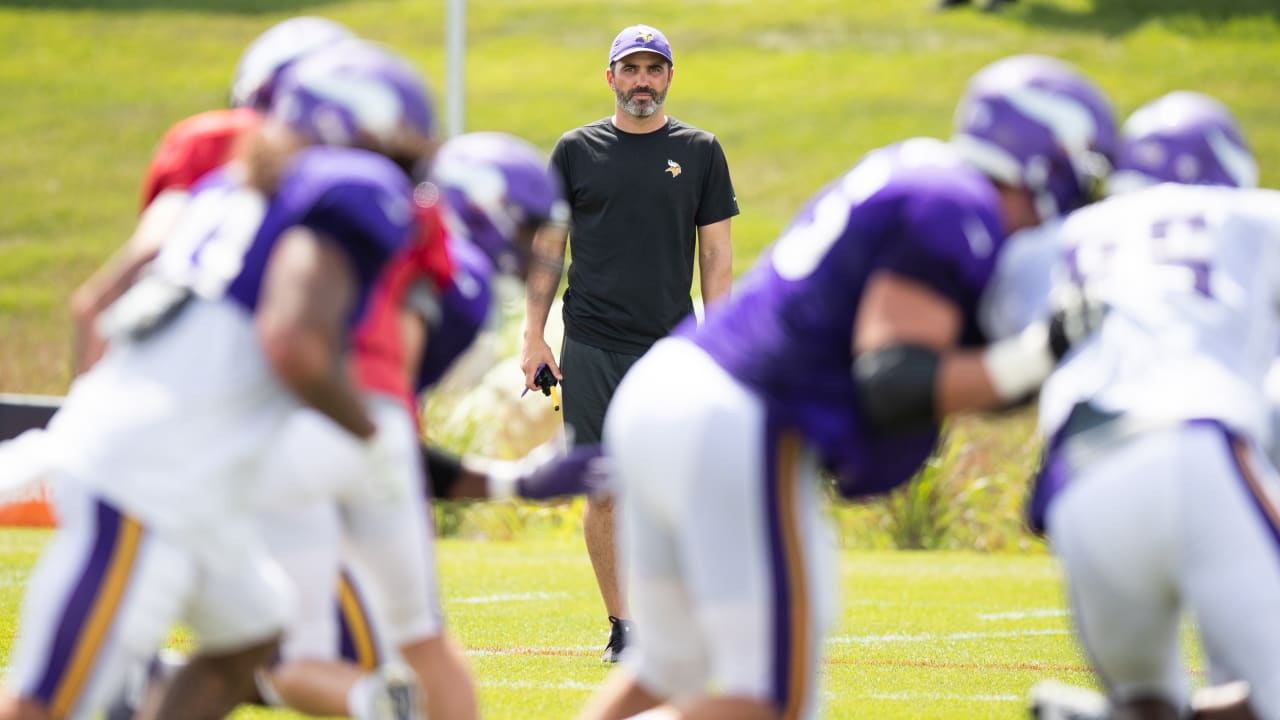 It’s no secret that the Vikings offense will look different in 2019 than it did in 2018.

The unit will be guided this year by Offensive Coordinator Kevin Stefanski and with the influence of Assistant Head Coach/Offensive Advisor Gary Kubiak, who both have emphasized the importance of being “multiple” on offense.

What exactly does this mean, and what differences can Vikings fans expect to see during the upcoming season?

The Athletic’s Arif Hasan recently took a deep dive into Minnesota’s offense and predicted that the “core concepts” will have a new look in 2019. He wrote:

This year, the Vikings offense is clearly focusing on tight formations with bigger bodies, lining up with either two running backs or two tight ends often. One way to look at this is who they put on the field on first-and-10, the most common down and distance — what teams do here is what you get when you boil down an offense to its essential elements.

According to Hasan, the Vikings were in “11” personnel (one running back, one tight end and three receivers) on first-and-10 situations 61.6 percent of the time in 2018. Conversely, through three preseason games this summer, Minnesota has been in 11 personnel on 13.4 percent of its offensive snaps.

Hasan went on to explain that the Vikings have “tightened formations and eschewed shotgun looks for under-center looks” with quarterback Kirk Cousins.

To view Hasan’s breakdown in its entirety, click here.