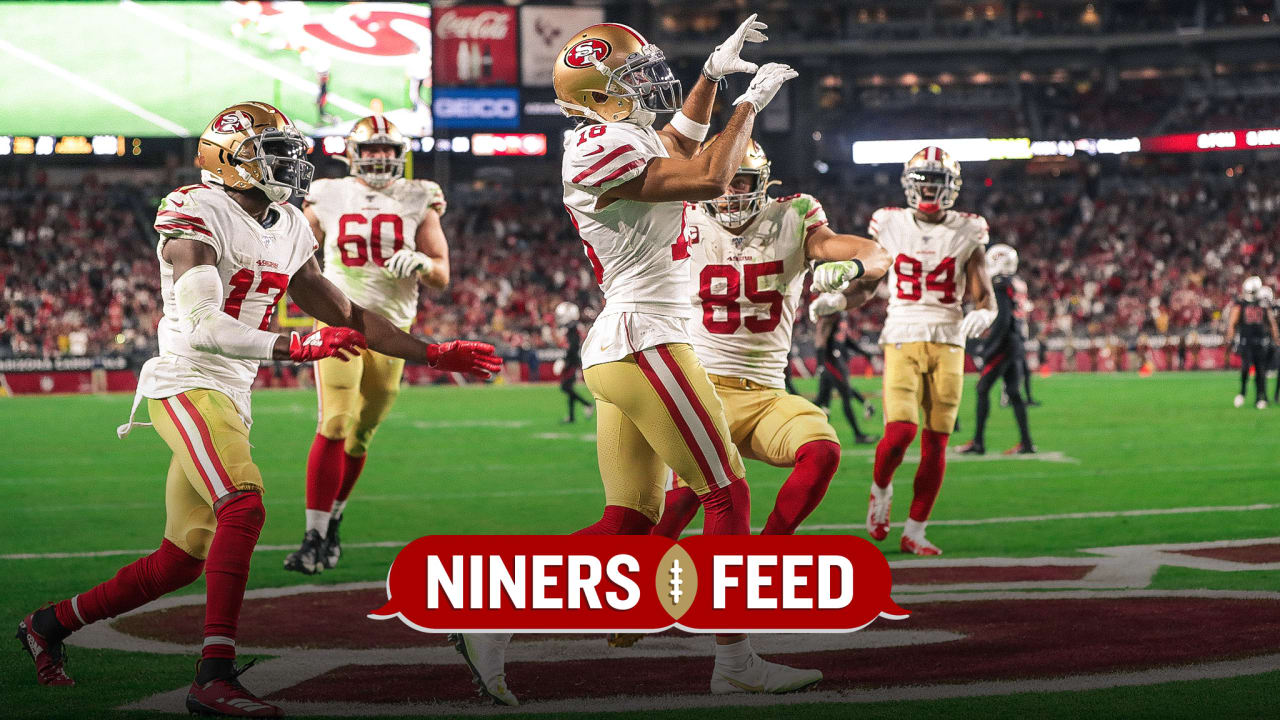 9. With under five minutes in the fourth quarter and Arizona trailing by 11, Murray connected to rookie wideout Andy Isabella for an 88-yard touchdown. The receiver reversed field and beat out San Francisco’s defenders en route to the end zone. The Cardinals completed a two-point conversion on a pass to Drake to cut the 49ers lead to three.

10. On San Francisco’s final drive, the offense managed to run down the clock with a series of run plays. On a crucial 3rd-and-9 at the two-minute warning, Garoppolo stepped up in the pocket, and delivered an 11-yard completion to tight end Ross Dwelley to seal the win.

“The play was called to Deebo,” Shanahan said. “No. 1 in the progression. I think Jimmy had to scramble to the left. Got a huge play to Dwelley. Dwelley’s been huge for us this last month. We were messing with Dwelley all week. We said, ‘The No. 1 goal in this game was to win, but the No. 2 goal was to improve Dwelley’s yards per catch up.’ We think he was at zero or one. To do that on the last play was pretty cool. I know the guys were pumped up.”

11. Garoppolo finished the game 28-of-37 passing, for 317 yards and four touchdowns for a 136.9 passer rating. Garoppolo had his first 300-yard passing game since Week 15 of the 2017 season. Each of Garoppolo’s four touchdown passes came on third or fourth down. The quarterback was 12-of-14 (65 percent) on money downs.

“(Jimmy) played great today,” Shanahan said. “He made a lot of plays in rhythm. Made a lot of off-schedule plays. They’ve got a great pass rush. They have some real tight coverages. They mixed up a lot of stuff. I thought Jimmy played a hell of a game. His best game yet, probably.”