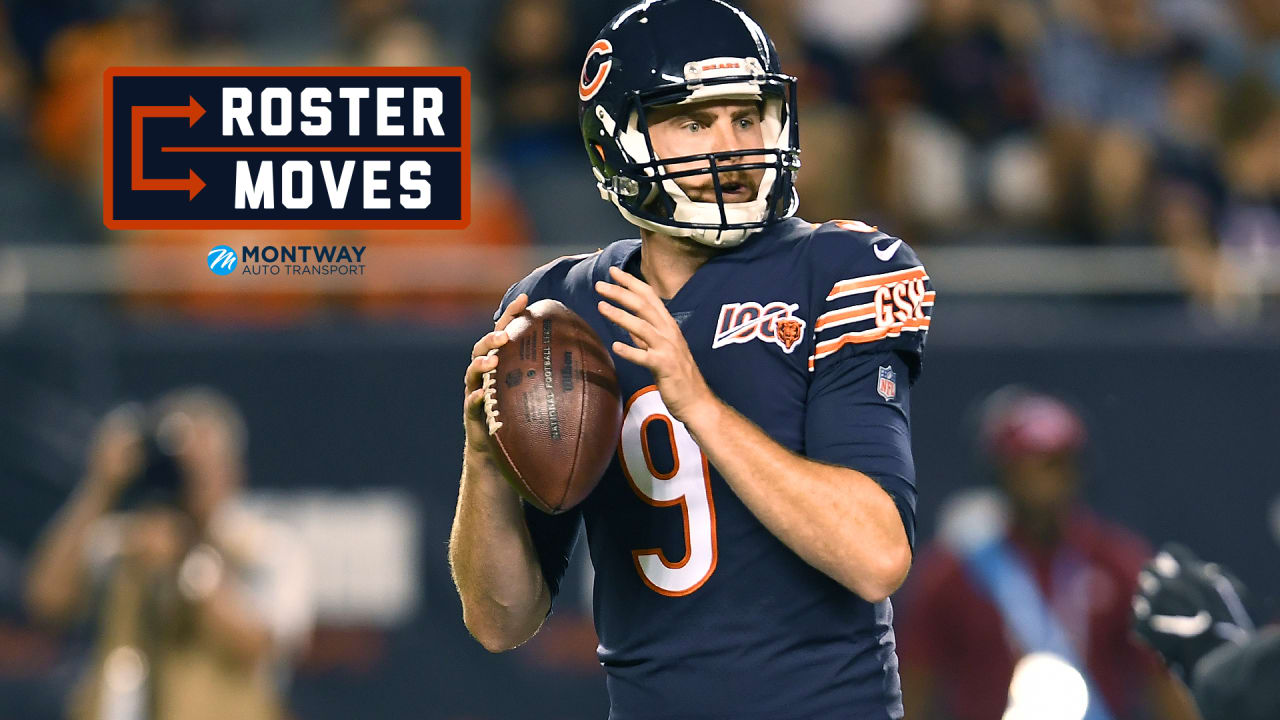 The Bears on Saturday promoted quarterback Tyler Bray from the practice squad to the 53-man roster and released tight end Bradley Sowell.

Bray will serve as the Bears’ No. 2 quarterback in Sunday’s game against the Raiders in London. Chase Daniel will make his first start of the season in place of Mitchell Trubisky, who is sidelined with a left-shoulder injury he sustained on the sixth play of last Sunday’s win over the Vikings.

Bray spent most of last season on the Bears’ practice squad, but he served as the No. 2 quarterback behind Daniel in two games that Trubisky missed—coincidentally also due to a shoulder injury he suffered in a home win over the Vikings.

Bray signed with the Bears last year after spending his first five NFL seasons as a backup with the Chiefs, where he worked with Bears coach Matt Nagy.

Bray has appeared in only one NFL regular-season game, failing to complete his only pass attempt in Kansas City’s 2017 season finale. He spent the 2015 and 2016 seasons on injured reserve.

Bray entered the NFL with the Chiefs in 2013 as an undrafted free agent from Tennessee, where he passed for 7,444 yards and 69 touchdowns in three seasons. One of his top receivers with the Volunteers was Cordarrelle Patterson, who is in his first season with the Bears.