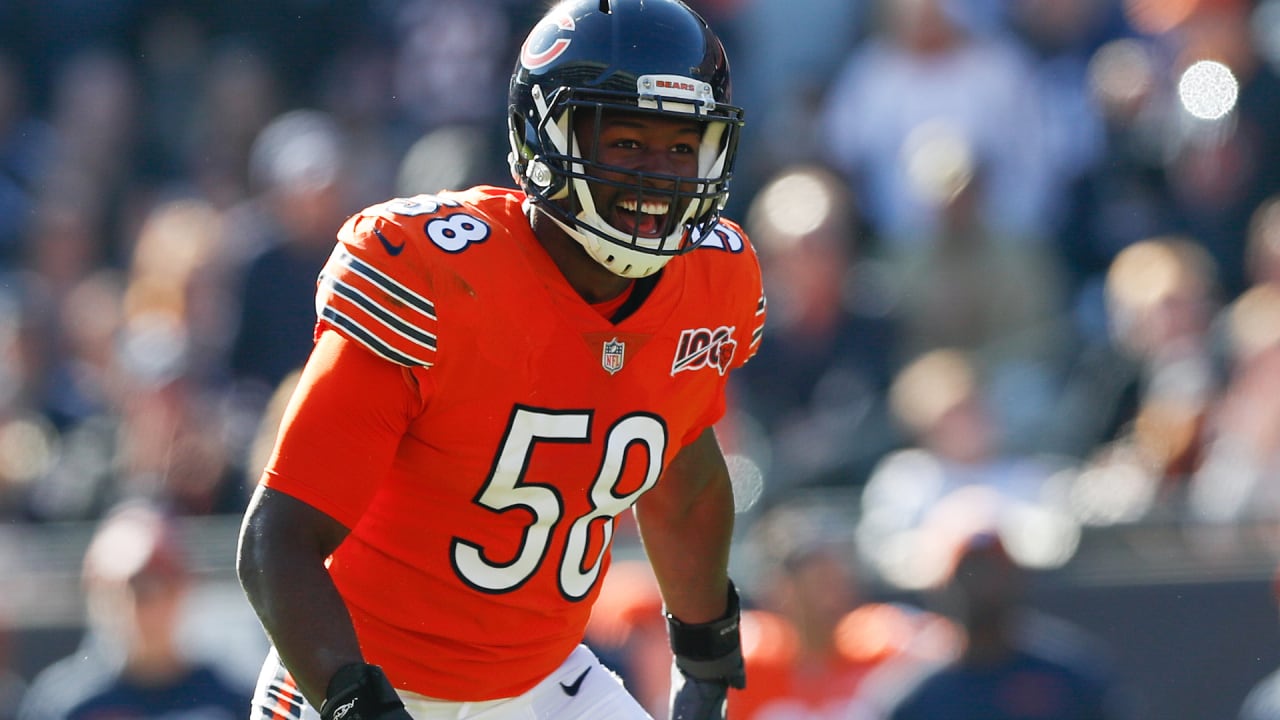 “It was just, you know, happy to be out there with my guys,” said Smith. “It’s just living the dream, so at the end of the day, think about it from that perspective. People would die to be in the position I’m in, so it’s just thinking about it from that mindset.”

Smith’s game against the Chargers, with the Bears having their best game against the run in a month, should remind Bears fans of the enormous potential possessed by the 22-year-old linebacker.

“He can definitely play better,” said Nagy, “and he knows that. That’s where we’re at right now. And he’s gonna. I think he will. We all know exactly what we’ve all done together in the last couple weeks.”

Smith saw a slight dip in his usage against the Saints, playing in only 69 percent of snaps as defensive coordinator Chuck Pagano used more single inside linebacker sets. Pagano opted to keep Smith in the game on 40 of 45 defensive plays against the Chargers.

Smith said that he was where he wanted to be physically and emotionally. He said that his play improved against the Chargers by “playing downhill” and asserting himself.

“I feel like there’s always room for improvement,” said Smith. “I never feel like I’m doing everything; there’s always more. I feel like regardless of whether it’s Year 5, Year 3, you know, regardless, I always feel like I can improve, so that’s my mindset. Each and every day, that’s what I’m going to continue to do.”

When asked what areas he needs to work on, Smith said that he needed to be sure of himself. He noted that veterans on the team had been supportive of him in the past few weeks and that the team’s family atmosphere had been crucial to his success.

With the team fighting through a three-game losing streak, Smith said that he and his teammates would remain resilient.

“Everyone faces adversity at some point in their life, so we’re just looking at it as adversity,” he said. “It’s not going to define us and keep pushing and keep getting better and get things turned around.”