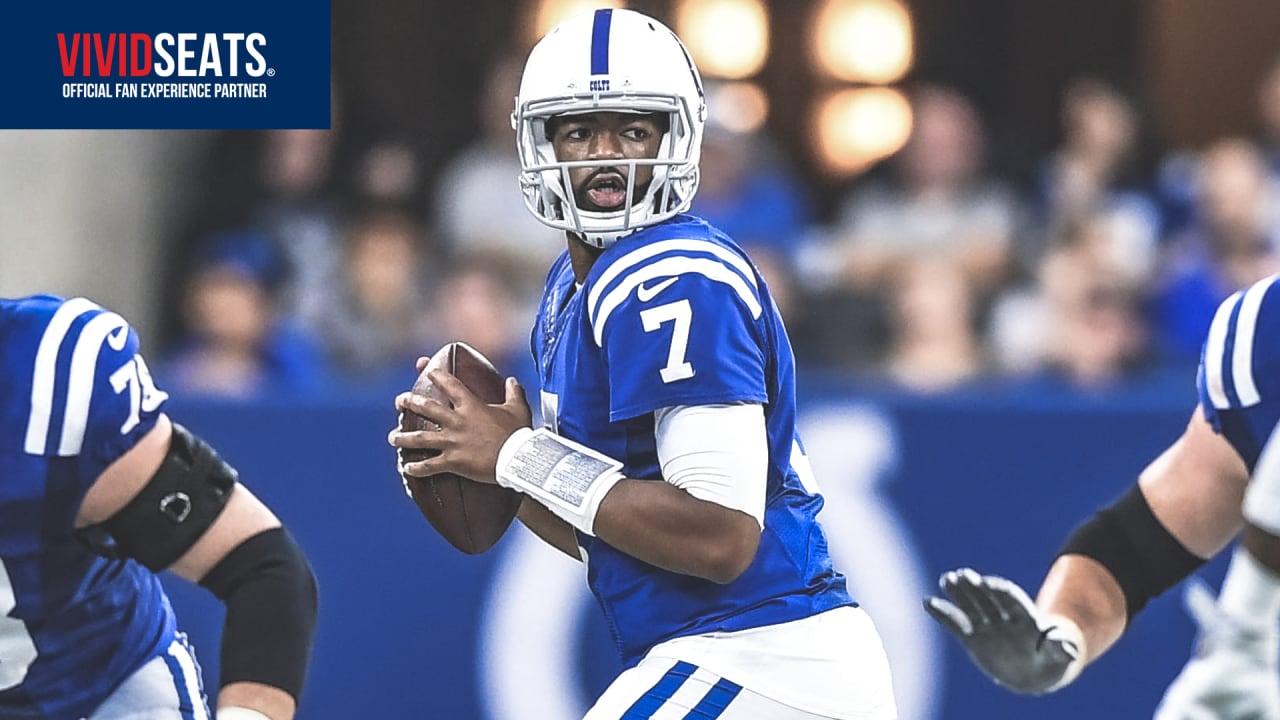 » Brissett suffered an injury to his left knee early in the second quarter of last Sunday’s Week 9 loss to the Pittsburgh Steelers; he was rolled up on by left guard Quenton Nelson, who was knocked back into the quarterback’s leg by a Steelers defender. An MRI on Monday confirmed Brissett had a sprained MCL, but indicated he had sustained no serious damage. While Brissett has been a limited participant in practice this week, the team has also been giving quarterback Brian Hoyer — who had three touchdown passes in relief work last week — extra practice reps just in case. If Brissett is inactive on Sunday, then the team could sign practice squad quarterback Chad Kelly to its active roster.

» Desir has been battling a nagging hamstring injury for more than a month; he initially suffered the injury in the Colts’ Week 5 win over the Kansas City Chiefs. The veteran cornerback has been in and out of practice since, and although he was able to play Week 7 against the Houston Texans — finishing with seven tackles and two passes defensed, as well as his first interception of the season — Desir has sat out the last two games. He was initially ruled doubtful last Friday heading into the Week 9 game against the Pittsburgh Steelers, was upgraded to questionable on Saturday but was ultimately inactive on gameday. If he is unable to play again or is limited this Sunday against the Dolphins, then Rock Ya-Sin, Marvell Tell III, Shakial Taylor or Quincy Wilson could get added snaps at cornerback opposite starter Kenny Moore II.

» Wilson (shoulder) first appeared on the injury report Thursday, when he was a non-participant. The third-year veteran has played in six games this season, and has collected eight total tackles. If Wilson is limited or can’t play Sunday against the Dolphins, then those in line to get added snaps at the cornerback position opposite starter Kenny Moore II include rookies Rock Ya-Sin, Marvell Tell III and Shakial Taylor; the team also has cornerback Deante Burton on its practice squad if needed.