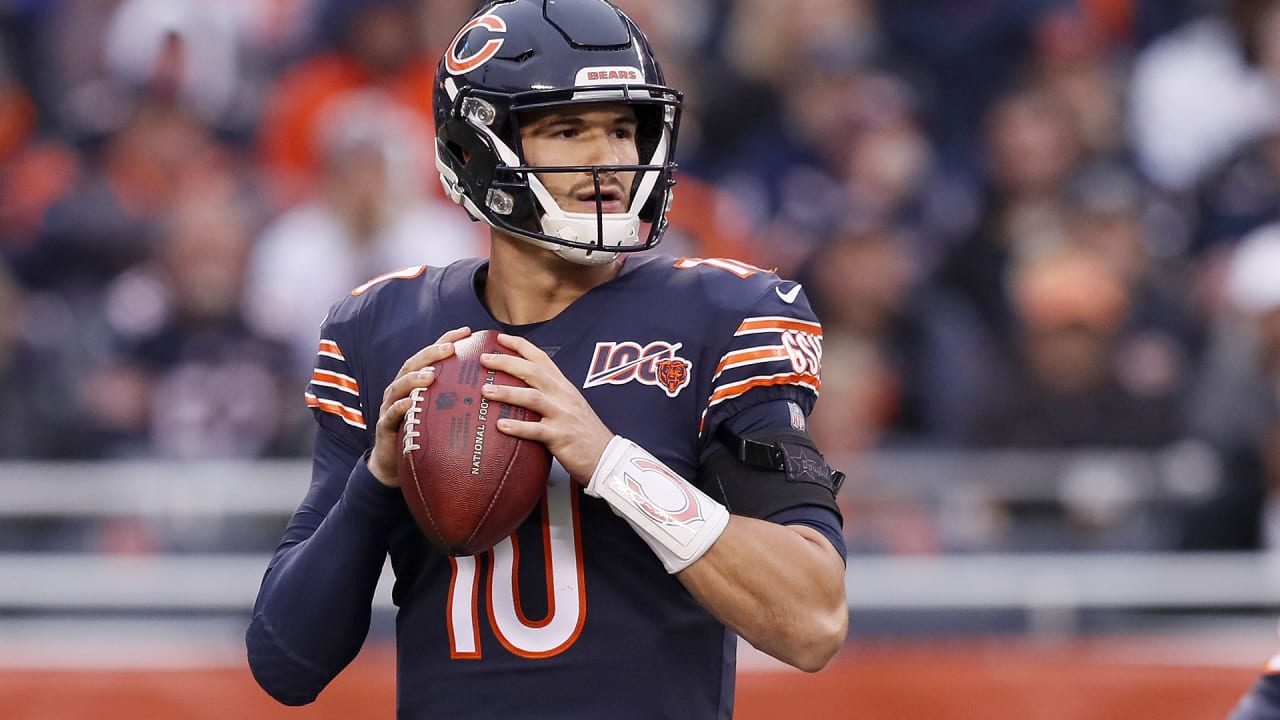 “Not everyone is happy about it because we shouldn’t be,” Trubisky said. “But we’ve got a good opportunity to fix it and I think we have the right mindset to get back on track.”

The Bears and their fans would love to see Trubisky get back on track. The third-year pro did not perform well against the Saints after sitting out the previous game versus the Raiders with a left-shoulder injury.

Trubisky missed some easy throws, something that coach Matt Nagy attributed to poor footwork. Cleaning up that footwork is a prime objective this week at Halas Hall—but it’s not going to be easy given that quarterbacks are not tackled in practice.

“You try to simulate the pocket as much as you can,” Trubisky said. “Practice and obviously the game reps are the best, and being out for a couple weeks, I think definitely showed I wasn’t as comfortable as I usually am in the pocket and a couple of times I did the wrong drop.

“Sometimes there is happy feet. Sometimes [I was] moving, looking for that run when I didn’t need to, and they did a good job of keeping me in the pocket and not letting me outside or find those running lanes. I was doing too much with my feet.

“[I need to] calm them down this week, really drill to get a lot of footwork on the drops and just make sure I am going to the right place with the football.”

After missing two games with a right-shoulder injury last year, Trubisky posted a career-low 33.3 passer rating in his return against the Rams. He then rebounded, however, to record ratings of 120.4 and 113.5 in back-to-back wins over the Packers and 49ers, respectively.

Repeating that pattern the next two weeks versus the Chargers and Eagles would jump-start an offense that has been stuck in neutral. What’s most puzzling is that the same system with many of the same players excelled much of last season.

“I think one thing we’ve learned is that every year’s different, every game’s different,” Trubisky said. “It’s never going to be the same. So you look at it as a situation; if you take the expectations off of what we’re supposed to do and just go out and play free, I think that allows you to play to the best of your ability and what you’re capable of.

“We’re not doing that right now and I think we’re letting the extra frustration get to us. So that’s why you see more mental mistakes and errors, and we’re not playing the game fundamentally sound or playing it together. We’ve got to get to that point where it’s all 11 guys doing their jobs on offense, playing free and playing like we know how, and using our talents. And when we get to that point, I think you’ll see a different offense.”

Who will be next HOF Bears player?

When will HOF reveal inductees?