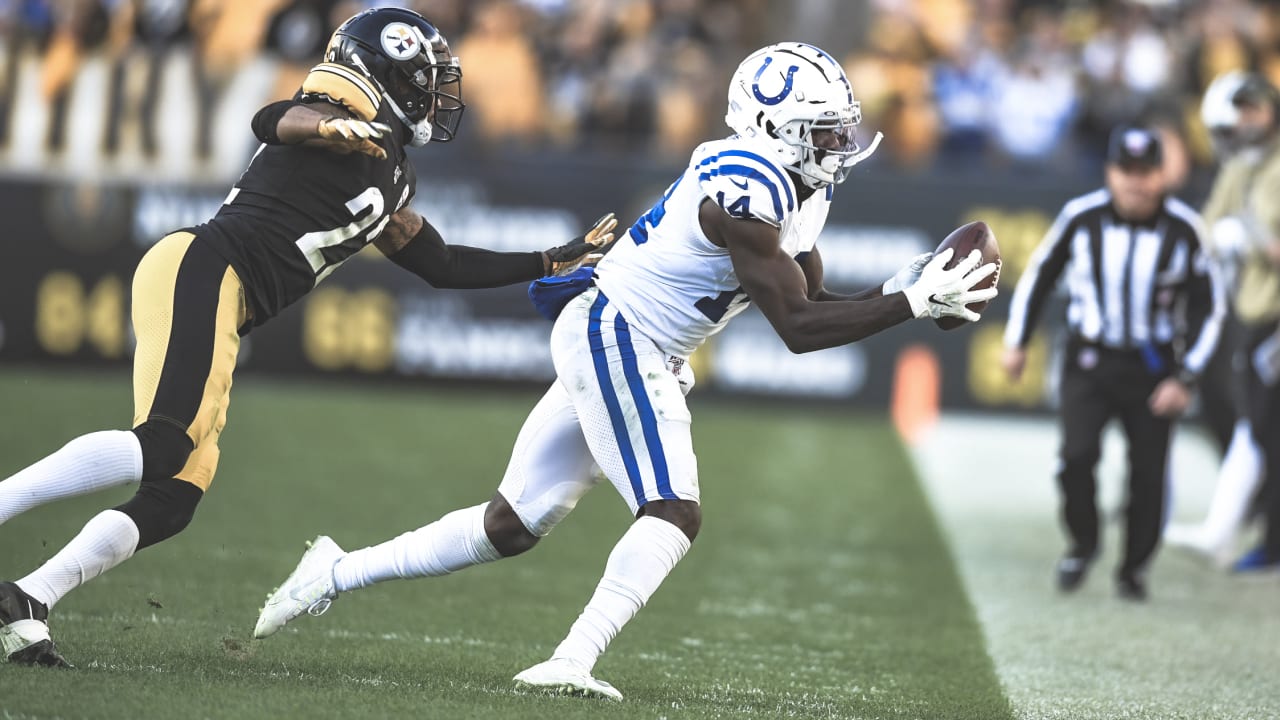 » UNCHARACTERISTIC MISTAKES: The Colts showed back in Week 5 that they can go into a hostile environment on the road and limit the mistakes to earn a big win when they defeated the Kansas City Chiefs at Arrowhead Stadium. They knew they’d likely need a repeat performance Sunday to fly home with a win over the host Steelers, and that didn’t end up coming to fruition. The Colts, in all, were called for seven accepted penalties for 89 yards, allowed five sacks and had three turnovers — one interception and two lost fumbles — that, coupled with a missed extra-point attempt, as well as the potential game-winning kick by Vinatieri, was the difference on Sunday. “We made some plays, but we missed some plays,” Reich said. “We had one or two mental errors that hurt us that you don’t see in the game of things that we know of things that happen. That’s what we talked about as a team. We had too many penalties, too many mistakes, and then turnovers to overcome on the road. You can’t have mental errors and opportunities that you don’t take advantage of.”

» FILLING IN FOR HILTON: Reich announced Friday that No. 1 wide receiver T.Y. Hilton was expected to miss three to four weeks after going down with a calf injury during Wednesday’s practice, setting in motion the need for the rest of the players at the position to step up in his absence. On Sunday against the Steelers, Zach Pascal (five receptions, 76 yards, touchdown), Parris Campbell (five receptions, 53 yards) and Chester Rogers (three receptions, 22 yards, touchdown) helped fill that void to the tune of 13 combined receptions for 151 yards and two touchdowns. Combined with contributions from the running backs and tight ends in the pass game, the Colts, even with a backup quarterback and center playing for most of the game, showed they can move the ball against a solid defense without Hilton on the field. “Yeah, they all stepped up,” Hoyer said. “Everybody did a good job of filling in and making plays.”

— The Indianapolis defense held the Steelers to 273 net yards (90 rushing) in addition to a 1-of-4 mark in the red zone. The defense also posted 1.0 sack, 5.0 tackles for loss, one interception, two forced fumbles, one fumble recovery and a safety.

— Brian Hoyer’s three touchdown passes tied his career-high, which he reached on five other occasions. It’s his first three touchdown game since Dec. 6, 2015 at Buffalo.