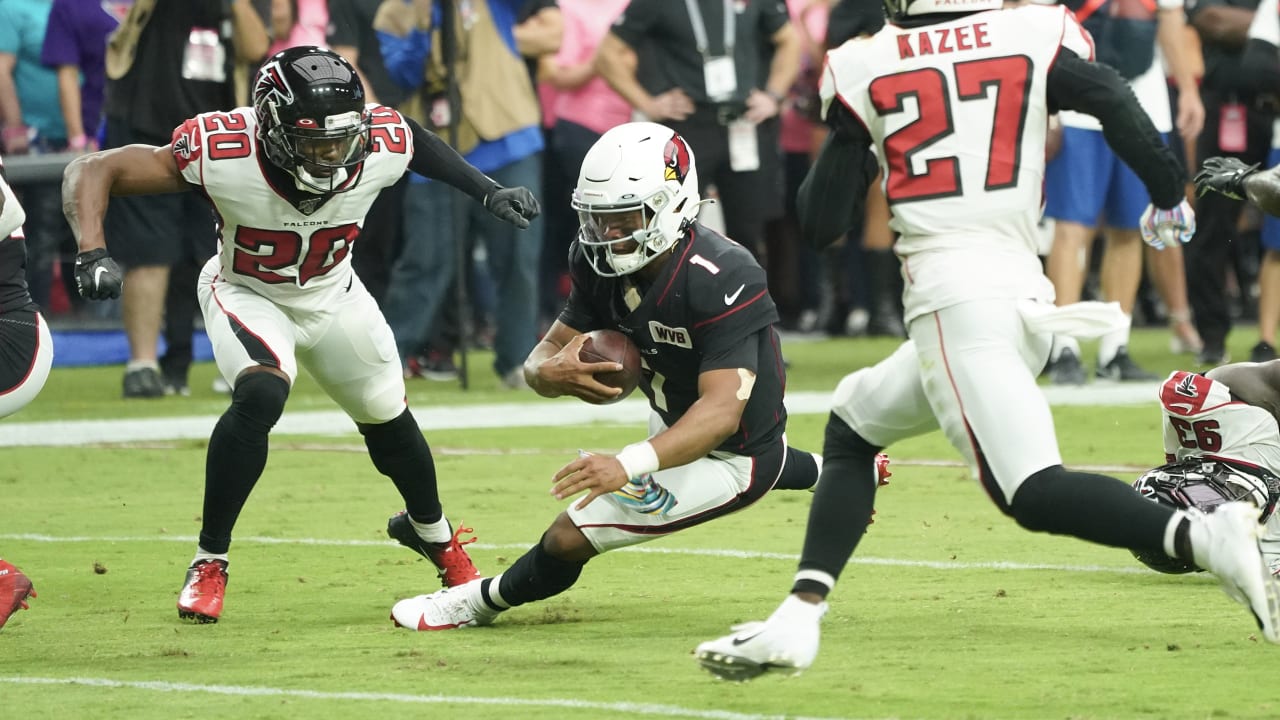 The predilection for self-preservation has not hindered Murray’s production. He is second in the NFL in yards per carry at 6.1, and his mobility has resulted in many off-schedule chunk plays.

While Murray avoids punishment the vast majority of the time, occasional collisions are inevitable. He smirked when recalling the most vicious hit of his career, when an Arizona State defender gave him a hip pointer in his first college football game in 2015.

There will be times this season when Murray absorbs contact while fighting for key yardage, but for the most part, he is content to lay up early.

“Me and him are always talking before plays,” running back Chase Edmonds said. “I’ll be like, ‘Bro, don’t go back in that trash (with a cutback).’ (He’ll say), ‘You don’t have to worry about that.’ He has no interest in it. He does a great job of taking care of his body and being able to preserve himself. He knows when he has to make a gritty play and make a first down for us, but when it’s second-and-12, OK, it’s two yards. He’ll get down to live for another day.”

Giants coach Pat Shurmur has mentored numerous quarterbacks during his career, and said when “young, hyper-competitive guys” first enter the league, the situation is normally reversed.

“They try to save and make every single play, even if it involves a collision of some sort,” Shurmur said. “But as time goes along, if there are collisions to avoid, they’ll figure out ways to do it.”

Murray already has that down, which, coincidentally, was honed early due to the same diminutive stature that had people worried about his ability to hold up in the NFL.

“When you’re that small, it’s survival mode,” Kingsbury said. “He knows it, and plays with that instinct.”

Tags: he his murray