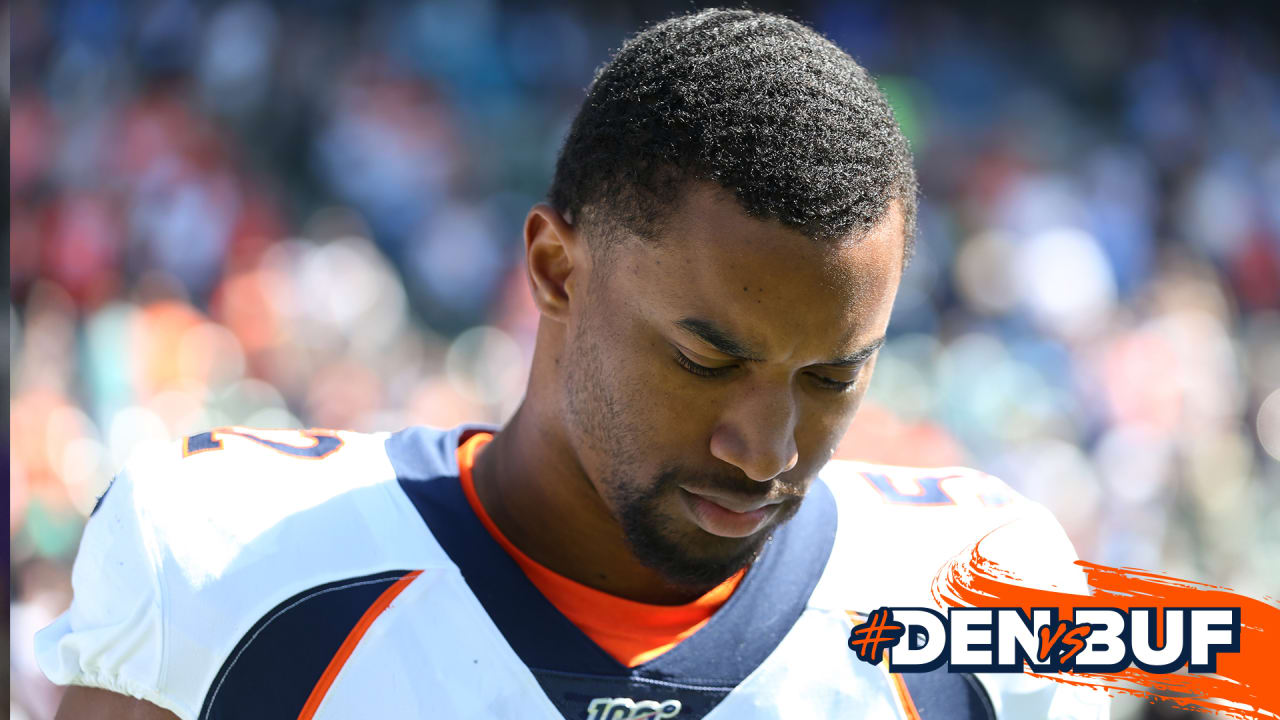 ENGLEWOOD, Colo. — Linebacker Justin Hollins (hamstring) has been ruled out of Sunday’s game against the Bills.

The Broncos promoted Ahmad Gooden to the active roster to fill Hollins’ spot.

Fangio said he was confident that Risner and McGovern should be able to play against the Bills. James will “possibly” work out ahead of the game. If McGovern re-aggravates his injury during the game, Fangio said Austin Schlottmann would fill in at center.

Fangio said that Heuerman was closer to a return than James.

DeMarcus Walker, who has missed the last two games, is healthy enough to play.