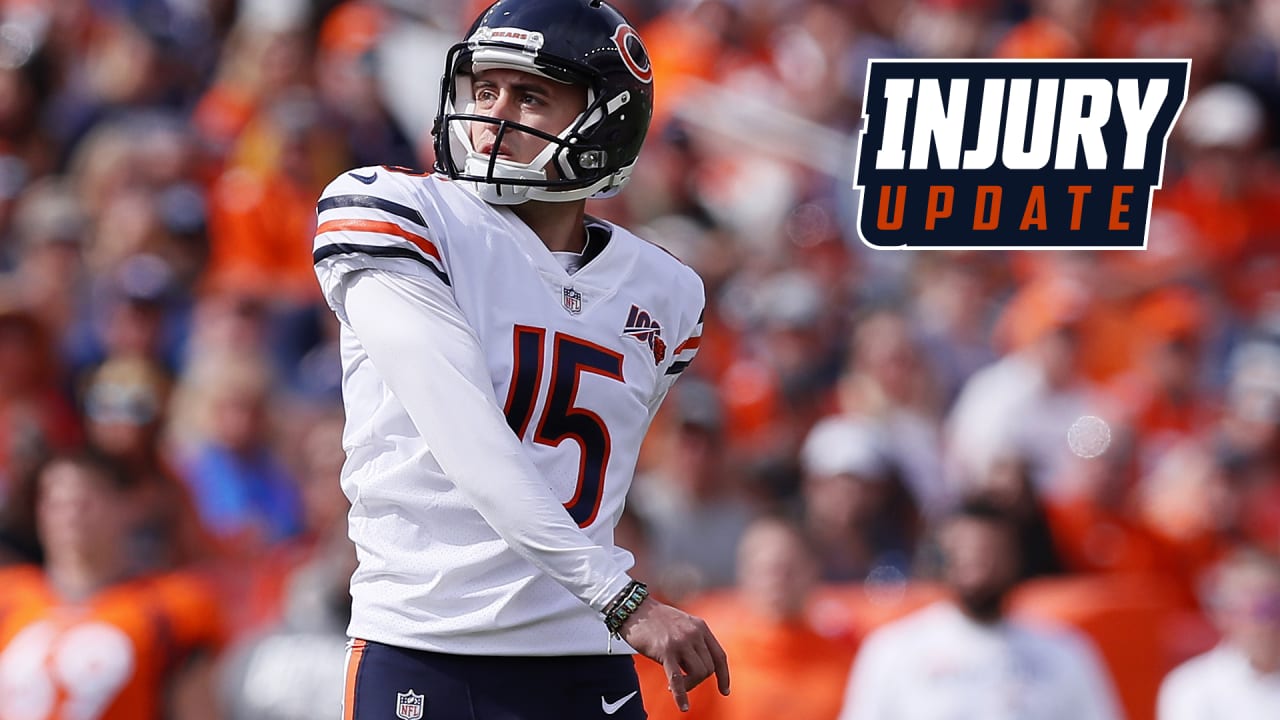 Bears kicker Eddy Pineiro was limited in practice Saturday and added to the injury report as questionable for Monday night’s road game against the Redskins.

“Today he felt like it was hurting him a little bit,” Nagy said, “so we just want to be cautious with it and make sure that we’re smart and cautious and take a look at it.”

With Monday night’s game still two days away, Nagy is optimistic that Pineiro will be able to play against the Redskins. Asked if there was anything that worried him about the kicker’s availability for the Week 3 contest, Nagy said: “I don’t think so. But I think what we’ve got to do as these days go, let’s just see where he’s at.

“I’m going to be on the cautious side with him and we’ll just kind of feel out the pain part and if it’s something that is going to affect him, then we’ll have a decision to make. If not … hopefully he’ll be OK.”

If Pineiro is unable to play Monday night, who would kick for the Bears?

“That’s a good question,” Nagy said. “We’ve got to work through that. I know [punter and holder] Pat O’Donnell has some experience. But we’ll see how this thing goes. I don’t want to rush to judgment yet. That’s not where we’re at.

“I really do think that we’ll be OK. We just want to make sure that we’re doing everything the right way with him, with his pain. We’ve got to communicate with him, see how he feels, and it’s probably going to be one of those deals where in a couple days [see] where he’s at and then we’ve got to make a decision.”

Pineiro has made all four of his field-goal attempts in the Bears’ first two games of the season. He connected on all three of his tries last Sunday in Denver, including a 53-yarder as time expired to give the Bears a thrilling 16-14 win over the Broncos.

Pineiro won the job after a highly-publicized search to find a replacement for Cody Parkey. After that extensive search, the Bears are familiar with several kickers who remain unsigned. But Nagy isn’t ready to start making phone calls just yet.

“There are a lot of different scenarios that could happen, but I’m not going down that route,” Nagy said. “I feel good that things will be OK. But If they’re not, then we just have to have a contingency plan when that time comes, and if that’s something where we’ve got to do something different, then we’ll do that.

“Especially after what just happened with us and what we’ve been through, and what he just did this past weekend, it’s like we’re on a roll here and then all of a sudden something crazy like this happens. But I try to stay positive with it and I think we’ll be OK. We’ve got to just see how it goes the next couple days.”

In other injury news, defensive lineman Bilal Nichols has been ruled out of Monday night’s game after breaking his hand against the Broncos.

Guard Kyle Long (hip), tight end Trey Burton (groin) and safety Eddie Jackson (shoulder/knee) were all listed as questionable after being limited in practice Friday. But their reps were reduced because the Bears practiced on the artificial turf surface inside the Walter Payton Center.

“There were a couple guys we pulled back reps a little but just because that turf, some of those older guys, that turf can grab them,” Nagy said. “With these guys that have experience, I’m OK with pulling back and making sure they’re good to go.”

Nagy did say that Burton’s recovery from a groin injury that forced him to miss the season opener against the Packers is further along than it was a week ago at this time. The veteran tight end returned versus the Broncos but caught just two passes for five yards.

Tags: he him pineiro