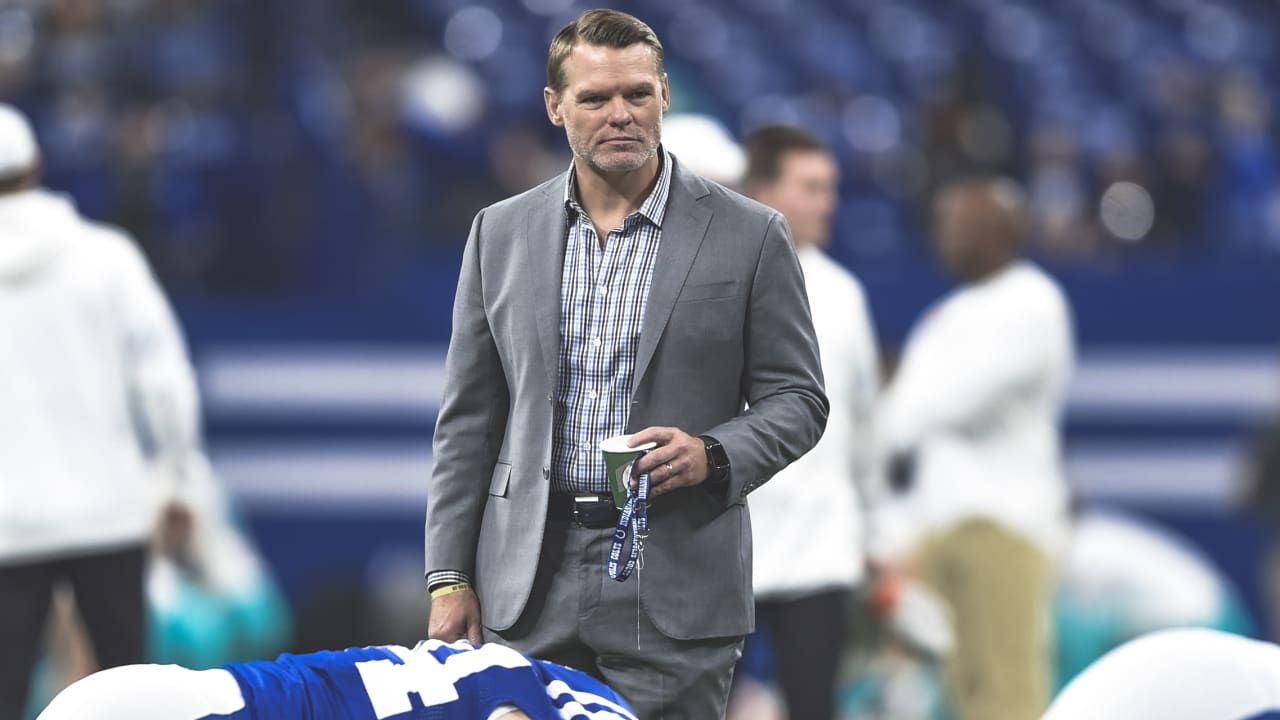 INDIANAPOLIS — From his very first day on the job as the Indianapolis Colts’ general manager, Chris Ballard has said, time and time again, that nothing he does — and, in turn, the way the roster is built — will revolve around one player.

Even with a generational talent like Andrew Luck leading the way at quarterback, Ballard knew the importance of building a deep roster in every way imaginable.

But that theory was certainly put to the test starting Aug. 24, when Luck announced his sudden retirement from the Colts and the NFL. Just 15 days before the start of the 2019 regular season, the Colts were forced to make an abrupt change at the most important position on the field.

Fortunately, the Colts had a solid backup ready to go in Jacoby Brissett, who had led the first-team offense throughout the entire offseason workout program and in training camp in place of Luck, who was dealing with calf and ankle injuries.

But by season’s end — after a strong start and then a struggle to the finish line — the Colts, at 7-9, were unable to improve upon their success from the previous year, when they won 10 games and advanced to the Divisional Round of the playoffs.

There were a multitude of reasons — some realistically within the Colts’ control, some not — for the team’s disappointing finish to the 2019 season. But one of Ballard’s biggest regrets heading into a crucial offseason is that regardless of those reasons, he had hoped to do more to have a deep enough roster ready to withstand anything that came its way.

“It guts me,” Ballard said Jan. 2, in his end-of-season press conference. “It pissed me off to be honest with you. I’m pissed at myself for not giving our coaching staff enough depth during this season, because we had a real opportunity to do some pretty cool things this year, and I didn’t do my job good enough to give them enough depth for us to succeed. That bothers me.”

Despite Luck’s departure, the Colts got out to a strong start in 2019, moving to 5-2, and atop the AFC South Division standings, with their 15-13 Week 8 home victory over the Denver Broncos. Brissett was on fire, with 14 touchdown passes in his first seven games, the Colts’ rushing attack was among the best in the league and after an at-times slow start, the Indy defense was starting to turn a corner, starting with the team’s impressive Week 5 road victory over the Kansas City Chiefs.

But just seven weeks later, the Colts would be officially eliminated from postseason contention with their 34-7 road loss to the New Orleans Saints on Monday Night Football. By season’s end, which wrapped up with a frustrating 38-20 road loss to the Jacksonville Jaguars, Indy had lost seven of its final nine games and finished third in the AFC South race.

Offensively, the Colts remained one of the league’s best at running the ball — their 133.1 rushing-yards-per-game average ranked seventh in the NFL — but the passing game couldn’t keep up the pace. Brissett finished with just four touchdown passes over his final eight games, and the Colts as a unit would rank 30th in the NFL in passing yards (194.2 per game), tied for 30th in passing plays of 20-plus yards (38) and 29th in completion percentage (59.8).

The Indy defense, meanwhile, had an up-and-down finish to the season. From Weeks 5 through 13, the Colts allowed just 311.5 total yards per game, which ranked 10th in the NFL over that span; but a lack of consistent pass rush up front, coupled with some communication issues in the back end, would lead to some poor performances down the stretch, particularly in losses to the Tampa Bay Buccaneers, Saints and Jaguars.

And the Colts’ special teams, particularly its field goal unit, would continue to have its own struggles throughout the season. Indy’s 71-percent field goal conversion rate on the year ranked 29th in the league, its 84.6-percent extra-point conversion rate ranked last and the Colts would allow three total blocked kicks (two field goals and one extra point), tied for the most in the NFL.

But there were also issues throughout the year that weren’t realistically in the Colts’ control — although they aren’t using them as excuses.

The injury bug, for example, hit hard throughout the season at the wide receiver position. Three of the Colts’ top five wide receivers would be placed on injured reserve at various points throughout the season: top free-agent acquisition Devin Funchess went down Week 1 with a broken collarbone and wouldn’t return; 2019 second-round pick Parris Campbell suffered three different injuries during the regular season until finally being placed on IR with a broken foot suffered Week 14; and Chester Rogers was placed on IR Dec. 3 with a knee injury.

No. 1 wide receiver T.Y. Hilton, meanwhile, missed six games in 2019, and wasn’t at 100 percent for a couple others, as he dealt with quad and calf injuries.

And then there was Eric Ebron, who led all NFL tight ends with 13 receiving touchdowns in 2018 and was named to his first-career Pro Bowl, but would be placed on IR Nov. 25 with ankle issues.

Defensively, the Colts lost their top speed edge rusher, Kemoko Turay, to a season-ending ankle injury Week 5 against the Chiefs. Kenny Moore II, one of the top slot cornerbacks in the league, would also end up missing five games — including Indy’s last four contests — with various injuries, leaving the Colts at times scrambling to replicate his production at that critical position. Pierre Desir, the Colts’ top outside cornerback, also missed four straight games from Weeks 8 through 11.

But every team has to deal with injuries throughout the season, and because of that, Ballard was irked by the fact that while several Colts reserves stepped in admirably throughout the year, he felt he didn’t do enough to find the pieces needed to help win more games and stay relevant in the postseason picture.

“(I’m) not happy with myself for not giving (the team) the things they needed to be able to overcome some of the injuries we had,” Ballard said. “The one thing about this league is nobody cares about your problems. They don’t care. They’re just glad you got ’em. Nobody cares about injuries. Nobody cares. To be quite honest with you, I don’t make that excuse either. It’s our job to make sure we have enough good players on the roster to win no matter what happens. And I failed in that area.”

The good news for Ballard and the Colts? They have time, and plenty of resources, to keep working at adding roster depth this offseason.

Not only do the Colts currently have eight picks to work with in the 2020 NFL Draft, but they also currently have among the most available cap space in the league. Then there’s dozens of undrafted free agents available after the draft, as well as waiver wire pickups and other teams’ practice squad players that the Colts keep tabs on throughout the season.

Those potential additions, mixed in with an already solid foundation, are expected to help quickly get things turned back in the right direction.

“Let me preface this to (you) now: I do think, you know, I’m pissed, but I’m not discouraged,” Ballard said. “There is hope. We have a lot of good young players on this roster. We just have to continue to add.”

Learn more about why the 2020 Senior Bowl will be…

Packers vs. 49ers: Performances to watch