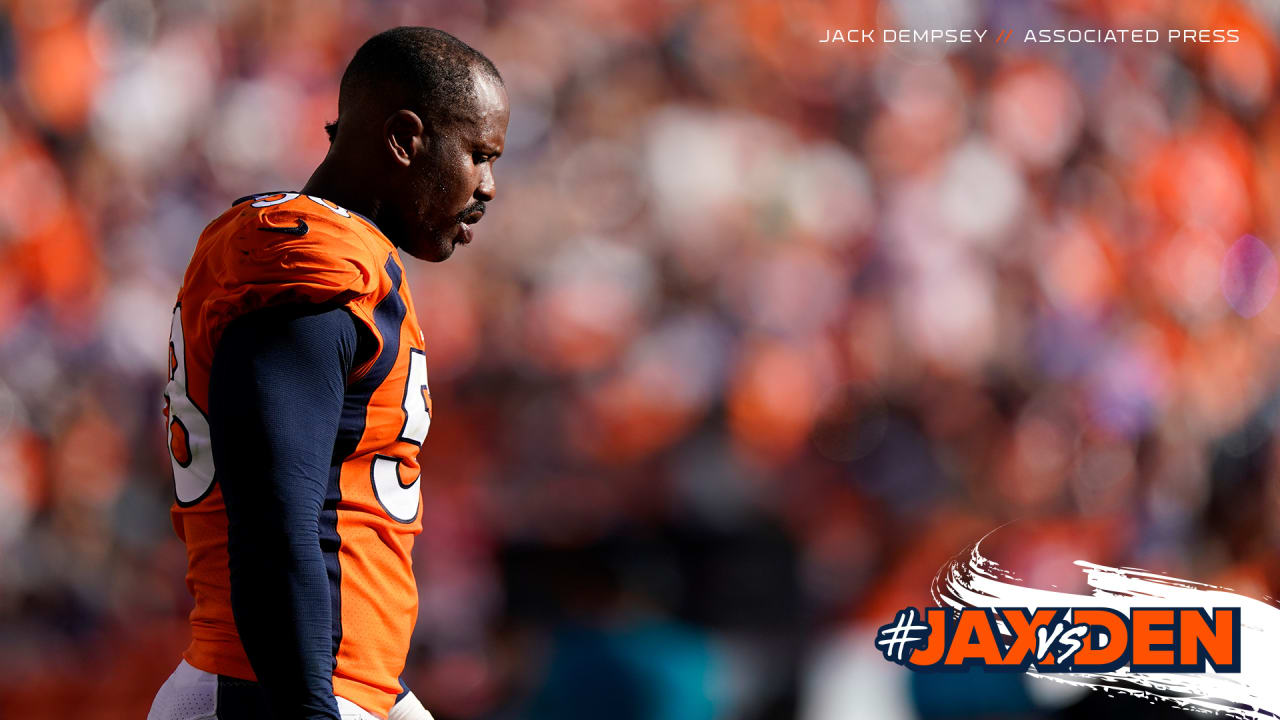 DENVER — The Broncos’ struggles, it seems, aren’t the fault of any one player.

The list of individual accolades could go on — but right now, that’s all they are.

The Broncos keep finding individual accomplishments when what they really need is a team win.

“I still believe in them,” Head Coach Vic Fangio said after a 26-24 loss to the Jaguars. “I think they’re winners as individuals. We’ve got to find a way to be winners as a team. We’re not playing well enough, consistently enough, to do that. But I do believe in these guys.”

Miller put it another way.

“[I’ve] got to take a long, hard look in the mirror, which I always do, but I’ll do it again,” Miller said. “… I was able to get on the board with sacks, but everybody knows the win column is the most important stat for us.”

However you choose to classify Denver’s lack of team success, the Broncos are still searching for answers.

They got “whipped” as a run defense, according to Fangio. They allowed another last-second, game-winning field goal. They scored 17 first-half points but also had an untimely turnover that helped swing the game.

But even as the Broncos sit at 0-4 with a trip to Los Angeles to play the Chargers on the horizon, no one is going to feel sorry for Denver.

Tags: broncos but they