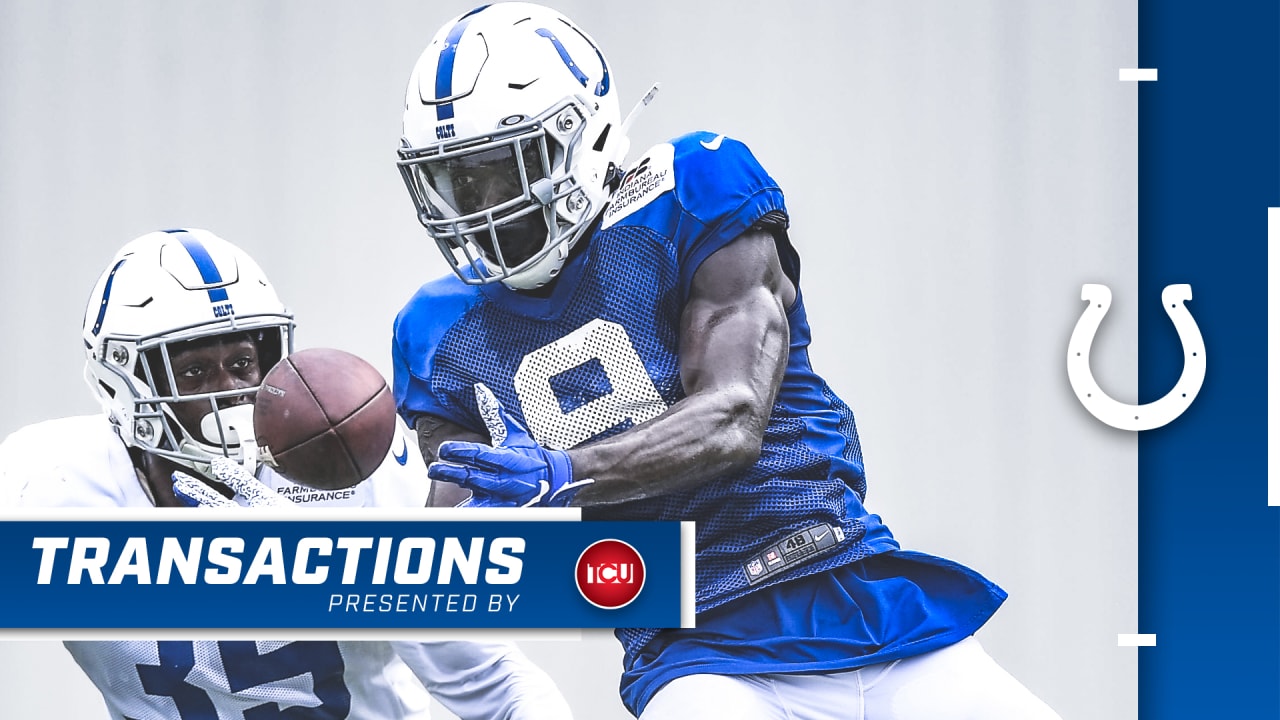 INDIANAPOLIS — With T.Y. Hilton’s status up in the air for Sunday’s Week 4 matchup against the Oakland Raiders, the Indianapolis Colts have made a move at the wide receiver position.

The Colts today announced they have elevated rookie wide receiver Ashton Dulin to the active roster from the practice squad. In a corresponding move, the team waived cornerback Ryan Lewis.

Dulin, 22, provides the Colts another big target at 6-foot-1, 215 pounds. He was signed by Indy as an undrafted free agent out of Malone University, where he was a standout on both the football and track teams. His senior year, Dulin was named a Division II All-American and the G-MAC’s Offensive Player of the Year after hauling in 61 receptions for 984 yards and 11 touchdowns; he also earned the G-MAC’s Indoor Track Athlete of the Year award last year after setting school records in the 60-meter dash, 60-meter hurdles and 200-meter dash, according to NFL.com.

Dulin earned an invitation to this year’s NFL Scouting Combine in Indianapolis, where he ran the 40-yard dash in 4.43 seconds and logged a 38-inch vertical.

Dulin was targeted four times in Colts preseason action this year, and caught two passes for 22 yards. He also logged five kickoff returns for 102 yards — an average of 20.4 yards per return.

The move to get Dulin on the active roster was necessitated by the fact that Hilton, the Colts’ top wide receiver, was officially labeled as doubtful heading into Sunday’s game against the Raiders. Hilton, who is tied for the league lead with four touchdown receptions, re-aggravated a quad injury during the second quarter of last Sunday’s victory over the Atlanta Falcons and did not return; he did not practice this week, either.

Others at the wide receiver position for the Colts Sunday will include Deon Cain, Parris Campbell, Zach Pascal and Chester Rogers.

Lewis, 25, played exclusively on special teams in the Colts’ first three games of the season; he logged a team-best three special teams tackles as part of the coverage units.