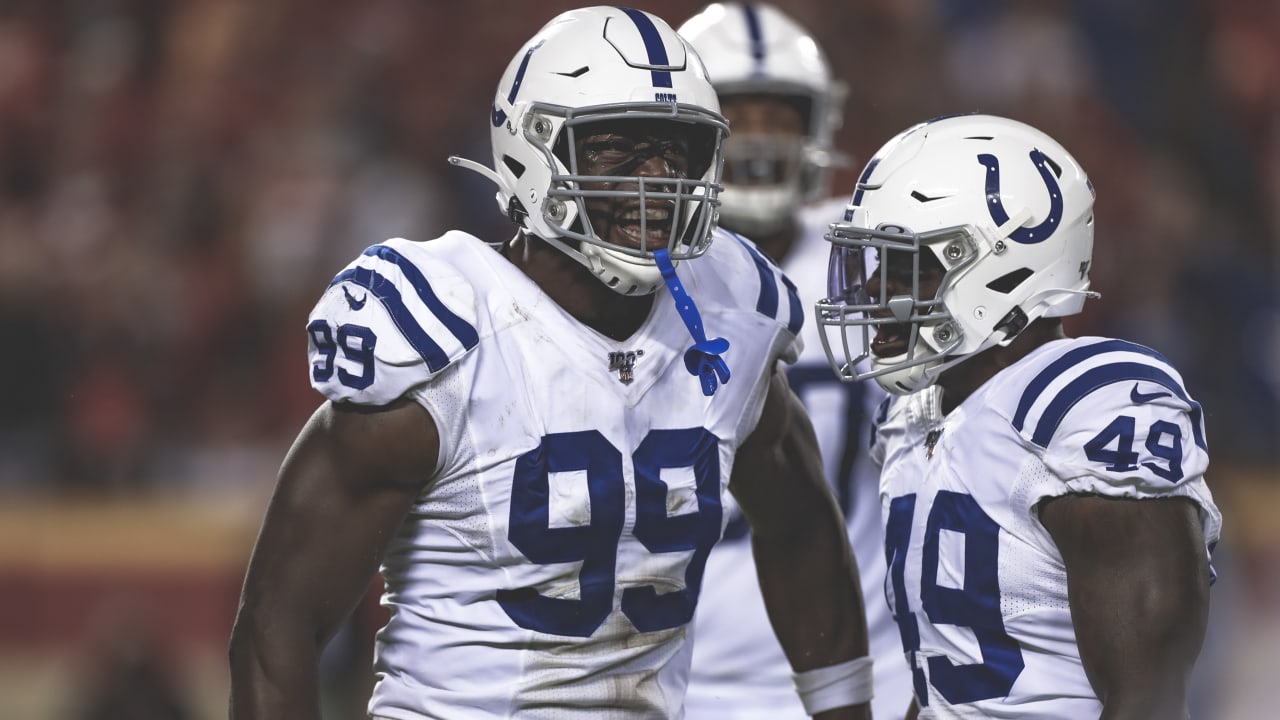 Yeah, turns out this one meant a little more. The Colts would fly home with a huge 19-13 victory.

“I’d be lying to say there wasn’t (extra motivation),” Houston said after the game. “It’s like your old girlfriend. If you get a new girlfriend, you want to show her off. To come here and get a win, it means a lot to me — and to the team as well.”

Houston, a third-round pick by the Chiefs back in 2011, accumulated 78.5 sacks over his first eight seasons in Kansas City, including his monster 2014 season, when he led the league with 22 sacks, falling just shy of Michael Strahan’s NFL single-season record of 22.5 set back in 2001.

Houston had earned four Pro Bowl selections and one All-Pro nod during his time with the Chiefs, but heading into this past offseason, the team wanted to make a change. On March 10, in a cost-cutting move, the Chiefs decided to release Houston.

That’s when Chris Ballard went to work. Having spent four years with Houston when he was in the Chiefs’ front office from 2013 through 2016, the Colts’ general manager badly wanted pass-rush help, and determined Houston was the perfect fit as a defensive end in Indy’s 4-3 scheme.

Accordingly, on March 21, less than two weeks after his release from the Chiefs, Houston signed a reported two-year deal with the Colts.

Fast forward to Sunday night, and while Houston had made some plays for the Colts’ defense to that point — he entered the Chiefs game with 11 tackles and one sack — everyone knew a breakout performance was a matter of when, not if.

He got started early in the second quarter, bringing down quarterback Patrick Mahomes, the reigning NFL Most Valuable Player, for a loss of eight yards, Houston’s second sack of the season.

He’d mix in a couple other tackles and quarterback hurries, continuing to make his presence felt, before making the play of the game on that Kansas City fourth-down attempt late in the fourth quarter.

“It was huge,” Reich said. “Even before the game, we break and he was all fired up. He had the whole team going. He gets the sack. He gets great pressure all day, makes the fourth down stop. Those are massive plays.

“He is such a great player and such a good leader and such a good person,” Reich continued. “Obviously, I am happy for all of us, but I am especially happy (for him). You love it when a guy does it the right way like Justin does it and then he gets rewarded with this win as a team and he played great on top of that.”

Houston and his teammates and coaches were fired up, for sure. But perhaps nobody left Arrowhead Stadium late Sunday night more excited than Houston’s 7-year-old son, Junior.

“I know he felt some type of way when the Chiefs released me,” Houston said. “For us to come here and beat them, I know it means a lot to him. So I’m happy I could put a smile on his face.”

After holding the high-powered Chiefs offense to just 13 points, the key for Houston and the Colts’ defense now is to find a way to maintain that same level of play over the next 11 regular-season games after the bye week.

With his “revenge” game now out of the way, Houston thinks the Colts have what it takes to do just that.

“I think we’ve got depth from top to bottom. We’ve got guys who can step up at any moment and make a play to put us in position to win the game,” Houston said. “I think Chris Ballard did a great job of putting this team together and we’ve got to continue to build on what we have. We have a great team. We’ve just got to stop beating ourselves, continue to stay focused and get better every week.”

Derrick Brown Could Be The Type Of Force The Colts…