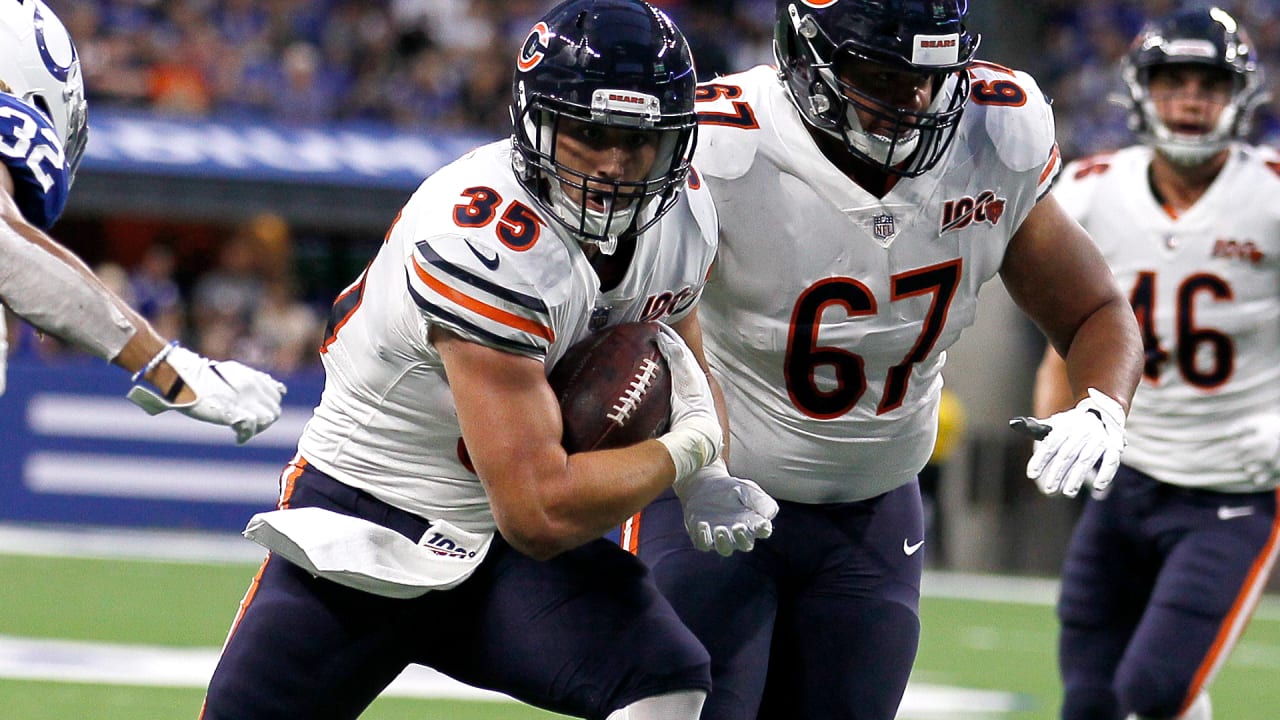 The Colts increased their lead to 10-0 on Charcandrick West’s 10-yard touchdown run around right end late in the first quarter. Kelly completed 4 of 4 passes for 56 yards on the 7-play, 85-yard drive.

The Bears mustered just five yards on 12 plays in the first quarter, going three-and-out on all four of their possessions.

The Colts were driving for another score when safety Deon Bush made a huge play. As tight end Hale Hentges was being tackled by Kwiatkoski after a short reception, Bush alertly ripped the ball out of Hentges’ arms. Bush rolled over, got to his feet and returned the interception 91 yards for a touchdown, cutting back near midfield to avoid Kelly.

The Colts answered, widening the margin to 17-7 on Kelly’s 46-yard TD pass to receiver Deon Cain with 3:52 left in the first half. Cain stiff-armed cornerback Michael Joseph to gain separation, caught the ball over the middle and then spun away from Joseph at the 27.

Running back Ryan Nall then energized the Bears offense, busting loose for a 69-yard gain to the Colts’ 21. Nall followed by powering into the end zone for an apparent 4-yard TD run. But the play was negated by a holding penalty on rookie tight end Ian Bunting.

The Bears were eventually forced to settle for Pineiro’s 21-yard field goal, cutting the deficit to 17-10 with 1:16 remaining in the half.

In the first half, Chase Daniel completed 3 of 9 passes for 21 yards and a 42.4 passer rating. He was replaced by Tyler Bray to start the second half.

The Bears scored 10 points in a 3:02 span late in the third quarter to grab a 20-17 lead. First, Pineiro drilled a 58-yard field goal, much to the delight of Bears nation.

The defense followed by generating its second touchdown of the game as James Vaughters sacked quarterback Phillip Walker, forcing a fumble that Joel Iyiegbuniwe returned 22 yards for a score.

The Bears extended their lead to 27-17 as rookie tight end Jesper Horsted made a sensational leaping catch in the corner of the end zone with a defender draped all over him for a 17-yard touchdown from Bray midway through the fourth quarter.