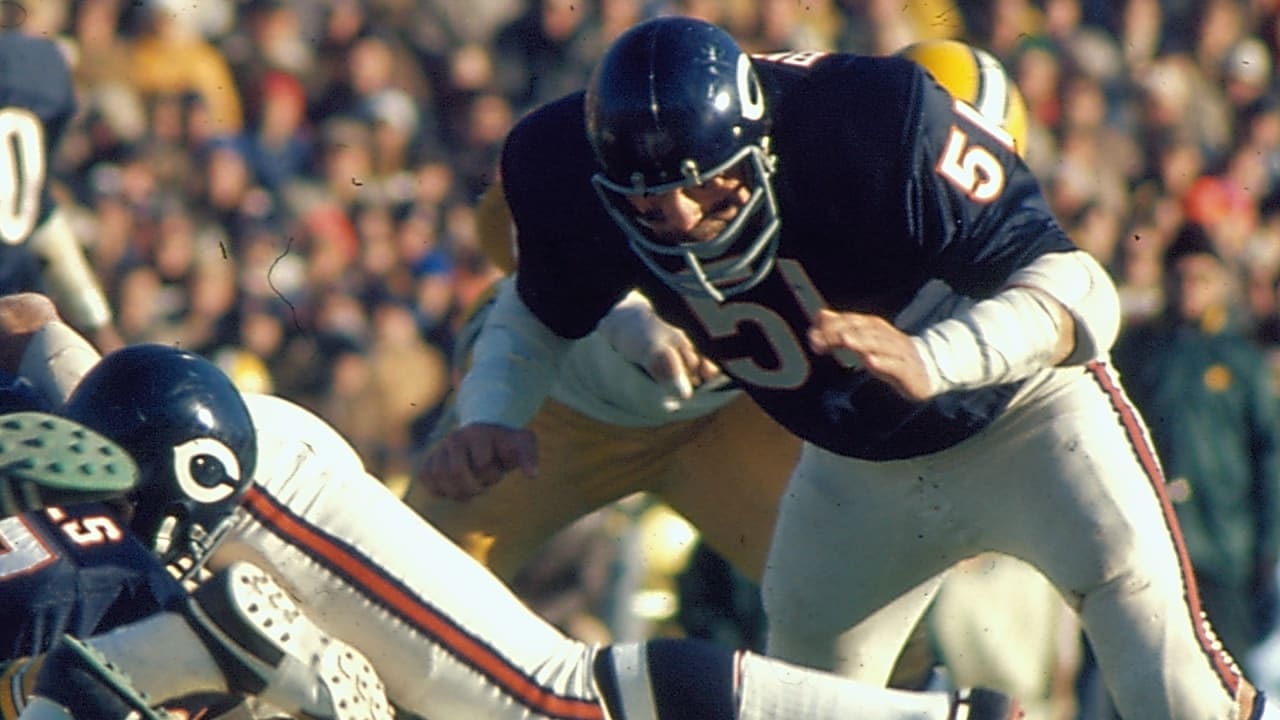 The Bears only play the Denver Broncos once every four seasons, but the two teams have more in common than you might expect. Here are some examples:

• They played in rival leagues at the time, but both teams drafted Dick Butkus in 1965. The Bears selected the Chicago native with the third pick in the first round of the NFL Draft, while the Broncos chose Butkus with the first pick in the second round (ninth overall) in the AFL Draft. Both drafts were held on Nov. 28, 1964.

The NFL and AFL merged in 1970, but there was acrimony between the leagues in 1965. The NFL accused the AFL of holding a secret draft two weeks earlier to try to get a jump on signing the top prospects. NBC even sent letters to the players encouraging them to join the AFL.

Believe it or not, Butkus was actually worried about insulting one of the teams that drafted him. “I hate to make a decision,” he said at the time in a Chicago Tribune story. “I don’t want to hurt anybody. Regardless of which one I pick, I’ll make the other one mad. I don’t want anybody to be mad at me.”

Butkus ultimately chose the Bears and became one of the greatest players in NFL history. He was voted to the Pro Bowl in each of his first eight NFL seasons, was a seven-time All-Pro selection and was inducted into the Hall of Fame in 1979 in his first year of eligibility.”

• The Bears and Broncos both have retired jersey No. 7 in honor of Hall of Famers who coincidentally began their pro sports careers playing baseball in the New York Yankees’ organization.

Bears founder, owner, coach and player George Halas appeared in 12 games as an outfielder with the Yankees in 1919 before helping to create the Bears and the NFL in 1920. He moved the Decatur Staleys to Chicago in 1921 and they were renamed the Chicago Bears in 1922.

Legendary quarterback John Elway wore No. 7 with the Broncos for 17 illustrious seasons from 1983-98. He won two Super Bowls, was selected to nine Pro Bowls and was named NFL MVP in 1987. Elway has served as the Broncos’ general manager and executive vice president of football operations since 2011, leading Denver to another Super Bowl title in 2015.

Elway was selected by the Yankees in the second round of the 1981 Major League Baseball draft and played for the franchise’s minor-league affiliate, the Oneonta Yankees, in the New York-Penn league in 1982. When Elway was chosen by the Baltimore Colts with the first pick in the 1983 NFL Draft, he threatened to play for the Yankees if he wasn’t traded. Elway was eventually dealt to the Broncos and ultimately became a football Hall of Famer.

• Jay Cutler and Brandon Marshall teamed up for touchdown passes for both the Bears and Broncos, as did Kyle Orton and Brandon Lloyd.

Cutler and Orton, of course, both were part of a blockbuster trade on April 2, 2009 when the Bears dealt Orton, two first-round picks and one third-round selection to the Broncos in exchange for Cutler and a fifth-round choice the Bears spent on receiver/return specialist Johnny Knox.

Who will be next HOF Bears player?